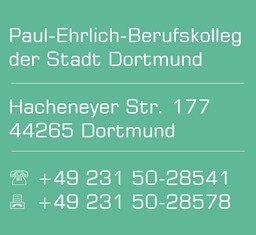 “Hey, nice to meet you. I’m Luke. I am here to take you to your host family.” The tall blonde-haired guy shakes my hand. I smile at him. ,“I’m Victoria.” He opens the door to his car for me. “The car ride is going to take an hour. We live in a hick town”, he laughs. I look out of the window. The people at the airport look stressed. Everyone is looking at their phones.

I see a man bump into another man by mistake. “Aye, watch your step!”, he screams. I open my phone and tell my mum that I have landed and that I am now in Sydney in the car with Luke. Luke starts the car and turns on the radio. We don’t talk much on the ride because I prefer looking out of the window. “I can’t wait to see all the animals”, I say, excited. Luke scratches his head: “There is something I have to tell you.” I look him into his eyes. “Well…”, he begins. “There was a bushfire years ago in Australia. The firemen stopped the fire but about a month ago there was another fire which spread throughout Australia.” “That can’t be true.”, I protested. I take out my phone. “There was nothing on the news about this. I should have been informed about this.”, I say, looking at my phone and searching for a bushfire in Australia, but of course I don't find anything.

“I know.” , Luke answers sharply. Luke looks straight at the streets and avoids any eye contact with me. After a while Luke turns to me. “Look, I’m going to tell you something but you have to promise not to tell anybody, okay?”, he says. I nod. “And this” he takes my phone and throws it out of the window “is just bad for the both of us.” “Why the hell did you do that? That is my phone! I need it.”, I scream at Luke. “See. That’s what I mean.” Luke places his hand on my thigh. “Victoria. These phones make us sick. You know why you’ve never heard of a bushfire?” I say nothing. “The government doesn’t want you to know about this. They don’t want you to know that climate change is a real thing. If society saw what’s going on here, they would protest. They would be against the government. That is why the government wants you to look at your phone and take it everywhere you go. They only tell you about the good news so that the government looks like they’ve done a great job and haven’t done anything wrong.”, Luke screams. “Luke, I really like you but I don't believe you.”, I take his hand. “I think you’re just overreacting.” Luke scoffs. “You don’t believe me? Then watch this..” Luke drives through a desert. “There used to be trees. Not only trees but a whole jungle.”, Luke points at a place in the desert. The only thing I can see are black tree trunks. A lot of tree trunks. Suddenly, Luke stops the car. “Come with me”, he says. I follow him. We go through the burned-down jungle. Luke points at a crater in the middle of the jungle: “This used to be a lake with a waterfall. Take a closer look.” I take a step closer to the crater. The crater is filled with dead fish. Even skeletons lie in the crater. “This is why the government doesn’t want you to know the truth. Because the government failed to help the environment before it was too late.”

It was an evening like the days before, when Liza was suddenly woken up from her sleep. A loud bang released Liza from a fright. She called for her father, but there was no answer from him. "He must still be at work." Liza thought to herself. She went down the stairs and noticed that the balcony door was open. She crept quietly to the door. Suddenly her father came in from the balcony covered in blood and yelled at Liza: „Get ready, quickly!“. She was still scared because of all the blood on his shirt. She couldn't move, as if her bones were as heavy as metal. Suddenly a creature came through the window and attacked Liza. The father shot this creature right off its head. The blood felt wet on Liza's face. Liza screamed out of fear:"What was that, Dad?" He answered:"I don't know Liza, I just don't know!" Suddenly Liza's uncle arrived with a car. They got in and drove to escape.

No matter where they went, people were screaming and crying. There were dead and injured people lying in the streets. Because of the traffic jams, Liza, her father and her uncle did not get far. Suddenly a creature jumped on the car and hit the window. Liza's uncle shot the creature and they fled from the car. They ran into a yard. There was a soldier there. Liza's father called out to the soldier, but the soldier thought that they were also some of the creatures and aimed at Liza. Liza's father noticed that something was going wrong and whispered to Liza: "Bend down carefully!“At the same moment the soldier shot at Liza and her father shot back. The soldier was dead and Liza's father quickly went to Liza. He tried to close her wound to stop the bleeding. Unfortunately, Liza did not make it and she died in her father's arms.

The grief and frustration remained even after 15 years. In the meantime, the life of the people changed enormously. There was a curfew as well as hygienic measures. An identity card to confirm that one was not one of those creatures. People were shot by soldiers if they were found to be infected. Everything was strict and heartless. Contact with other people was non-existent because the fear was huge. Liza's father and his friend Janne set out to find a cure. Fleeing to other cities was strictly forbidden, but Liza's father wanted to put an end to all the horror. So they set out and came across a gas station. They noticed fresh traces of blood on the ground. Janne said fearfully: "Let's move on before something else happens here! "But he did not react. Suddenly, eerie noises could be heard. Janne and Liza's father looked at each other and took a step back. Hunched over, they tried to escape from the surroundings. But it did not work out as they had hoped, some kind of group called "the Snakes" were approaching with weapons. They wore masks to hide their identity. To hide his fear, Liza's father asked in a raised voice, "Who are you?" But they did not answer. Janne whispered to Liza's father: "Let's just go!" So they carefully left the gas station. But suddenly they heard a scream and quickly ran back to the gas station.The group was attacked by creatures. Liza's father and Janne helped them: "Lucky you!“ Janne said breathing heavily. The group took off their masks and said: "Now we owe you something."

From now on, everyone had to be vaccinated. There were many who were against the vaccination, but it was a duty and the people had no other choice. A few years later, the government downplayed the measures. Unfortunately, in the meantime, Janne died. Janne helped a child whom the soldiers wanted to shoot because the child tested positive for the disease. The child now lives with Liza's father, deep in the woods. They had to flee because they were persecuted by the soldiers and the government. Actually, they would not have had to worry anymore, but they did not know what else would await them there. Surprisingly for Liza's father, the child had a great resemblance to Liza.

On the national television, an interview occurs between a television host named John and Dr. Stanley.

John: Hello, it’s John Silverman and you are watching national television bringing you the long-awaited interview for this Thursday, 25 November 2059. Our guest tonight is a very well-known personality because of his achievements, the last one being winning the Nobel Peace Prize, ladies and gentlemen, please welcome the hero of our nation, Dr. Stanley.

John: Dr. Stanley, it is a great honor to have you here!

Dr. Stanley: it is my pleasure, John, to be your guest tonight.

John: Firstly, Sir, I want to congratulate you on finally winning the Nobel Peace Prize and...

John: …and we all want to know: how do you feel about it?

John: But it was in medicine back then, after you discovered the PC-gene.

Dr. Stanley: (smiles) Well, discovering the potential-criminal-gene or as you call it, the PC-gene, is the reason why I won both awards.

John: How come it took 30 years to win the other prize when your discovery was 30 years ago? We all know the story, but I think my audience wants to hear it from you personally.

Dr. Stanley: Well John, if the audience insists I can’t say no…

Dr. Stanley: Well, you know in 2029 after I published my research on the PC-gene and how it helps us to determine the people who are probably going to show criminal behavior in the future, the scientific fields welcomed my discovery and I won the Nobel Prize in medicine for it…

Dr. Stanley: … but when I went on the media and asked the government to make massive tests and imprison the people whose results were positive and abort all fetuses who have this gene the International community rejected my suggestion and called me a radical scientist.

John: I remember that time, sir, and I just want to apologize sincerely on behalf of the human race to treat you in this way.

Dr. Stanley: No need to apologize, John, I forgave humanity a long time ago, especially in the year 2032 when the USA decided to passed my suggestion as a law and now 27 years after the world saw the results of these laws they realized they were mistaken and them giving me the Nobel Peace Prize is their way to say sorry, we didn’t trust you.

John: But sir, there are some people out there who think it is unfair to imprison people for crimes they have not committed or do not even know of and some say forcing the women to abort is cruel. What would you say to these people?

John: (smiles), Well, sir, you said to me before the interview that at the end of the interview you are going to make a big announcement, so can you tell us what it is?

Dr. Stanley: Well John, I want to share these huge news with you and your audience. I am running for president!

Dr. Stanley: I have already sent in the application form after I filled it out and I have taken the PC-Test, funnily enough I have not had to do one until now and I am waiting for the approval now.

Suddenly some police men break into the studio and handcuff Dr. Stanley

The audience goes quiet for a moment ………………….….Cheers and applause 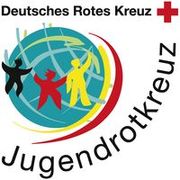 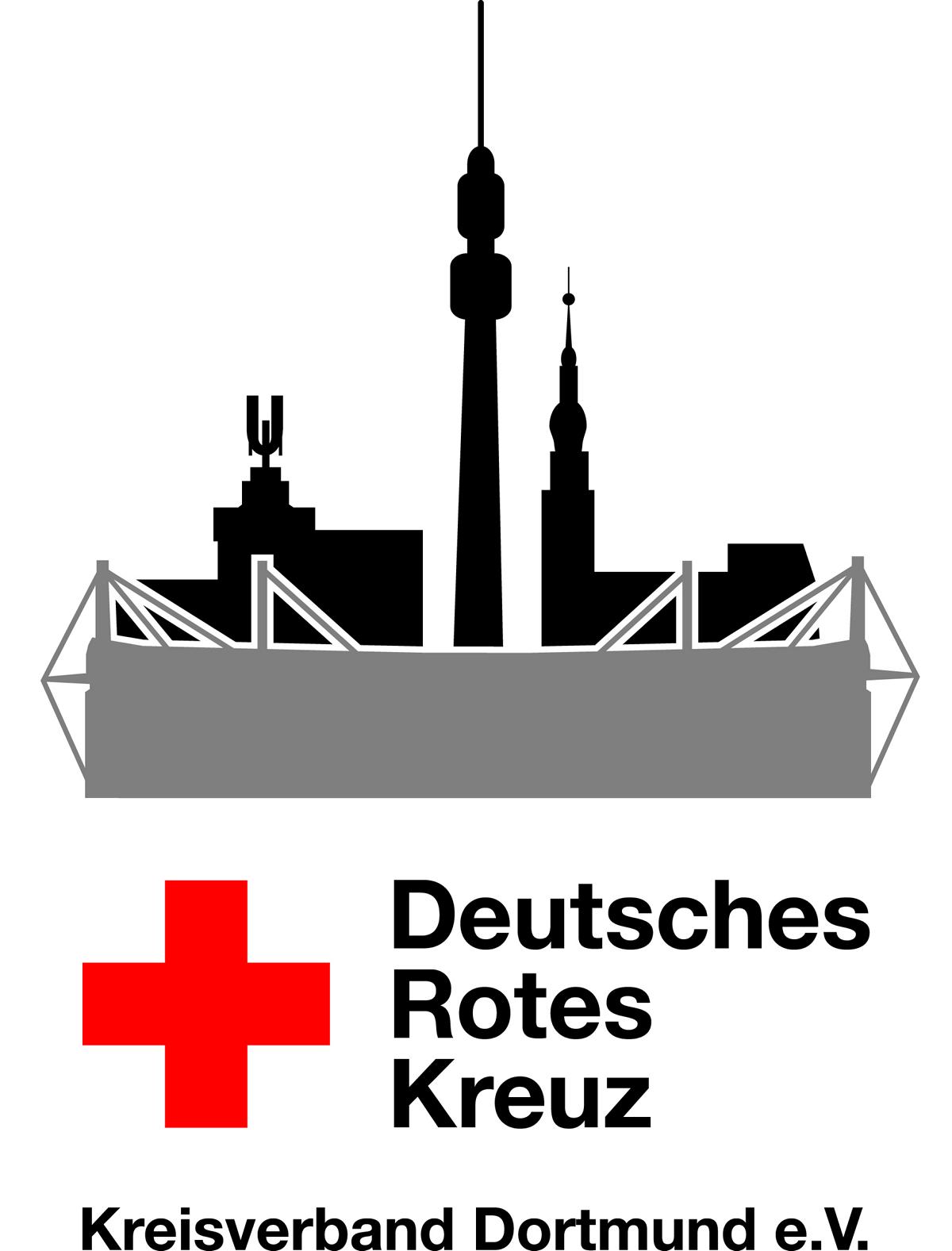